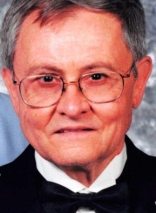 We are saddened by the loss of our dear friend and fellow Kiwanian, Howard Klehm. We will miss his gift of music and caring ways. Love and prayers to his family.

Howard Klehm, age 76 of Marion, passed away on Saturday, July 8, 2017 at Riverside Methodist Hospital in Columbus.

Howard was born on February 7, 1941 in Marion, the son of E. Ray and Dorothy E. (Strawser) Klehm. He was educated at Harding High School, graduating in the class of 1959. He then attended Miami University in Oxford earning his bachelor’s degree in 1963. Later, he attended The Ohio State University, earning his master’s degree in music education.

Howard was a gifted musician and he served as the assistant band director at Elgin School. He taught at the grade school, junior high and high school levels. He was a member of the Marion Teacher’s Association, along with the Ohio Education Association.

On August 3, 1963, Howard married the love of his life and soulmate, Linda Baker. Together they have shared nearly 54 years of marriage.

To say that Howard was a baseball fan would be somewhat of an understatement. Howard was a diehard super fan. He knew more baseball stats and trivia than most. He loved to travel to as many ballparks as he could, even making a stop on he and Linda’s honeymoon to take in a game. He also enjoyed watching OSU football and basketball games. Howard liked to play Bridge, and taught Linda how to play soon after they were married and were part of many Bridge Clubs throughout the years.

He is preceded in death by his parents.

Visitation will be Friday, July 14, 2017 at Snyder Funeral Homes, DENZER Chapel, 360 East Center St., Marion from 4PM to 7PM; Funeral service will be Saturday at Epworth United Methodist Church, 249 E Center St, Marion at 10:30AM with Rev. David Hoffman officiating; Burial will be in Marion Cemetery.

If so desired, donations may be made to Epworth United Methodist Church.

The Snyder Funeral Homes of Marion are honored to be serving the Klehm family; condolences may be expressed to the family by visiting www.SnyderFuneralHomes.com

About the Author: Ellen Messenger